Over the past couple of years, West Virginia ambulance services have described a financial crisis and staffing shortages.

Gov. Jim Justice and Bill Crouch, secretary for the Department of Health and Human Resources, made the announcement. Justice had previously announced the attempt to gain federal approval for the rate change.

“We have so much gratitude for West Virginia’s ambulance and emergency medical services workers, especially during the last two years of the COVID-19 pandemic and the resulting stress on the state’s health care system,” Crouch stated.

“Together with Governor Justice, we requested this increase because these funds are critical to our local ambulance services, many of which operate in rural areas where access to healthcare is limited. I am proud to make this announcement today because I know how much it will mean for all our EMS workers, and all the West Virginians who rely on them to respond when they’re needed most.”

Retroactive to the start of the fiscal year on July 1 — West Virginia’s ambulance rate will now be paid at the same rate as Medicare, officials said

This is the maximum rate that Medicaid is allowed to pay by statute. Reimbursement is the same for both governmental and private providers. DHHR’s Bureau for Medical Services submitted a state plan amendment on Sept. 8, and the amendment was approved by the U.S. Centers for Medicare and Medicaid Services on Nov. 9. 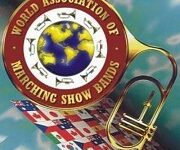