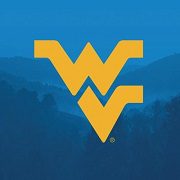 Chair of the Department of Physiology and Pharmacology, Timothy Nurkiewicz, and his team have recreated the pits used for disposing waste on the battlefield using a pellet stove fueled by homemade toxins.

The team used sand samples from some of the busiest bases in the Middle East to recreate poisonous cocktail for the study, but Nurkiewicz said they would like to incorporate real-time input from veterans who were there.

“Unfortunately there’s not a lot of information out there on burn pits and our veterans who were there first person are the best source for that,” Nurkiewicz said. “So, if there’s a way they’d like to reach out to me or my team they are certainly welcomed to.”

Staff regularly make and experiment with different types of wood pellets at the School of Forestry in the WVU Davis College of Agriculture. This time they made pellets from rubber, plastic, nylon and paper- the dominant ingredients taken from the sand samples.

The stove is ignited with jet fuel, the same accelerant used in the war zone burn pits.

“We chose a pellet stove because it has a hopper and auger feed system,” Nurkiewicz said. “We can load the hopper up with any kind refuse or waste that you want and burn it.”

Exposure chambers catch the emissions that laboratory animals then inhale as soldiers would have on the battlefield. The laboratory animals are analyzed, specifically biomarkers. Researchers also release the toxic emissions into another chamber for scientific analysis.

“We’re matching those biomarkers right now with our laboratory animals to see if there’s any overlap and we have found a few initial and that was very exciting in our first experiments,” Nurkiewizc said.

The laboratory burn pit is very versatile and with the help of the School of Forestry they can concoct just about any kind of toxic pellet to burn.

“We can repeat the concentrations in our exposure chambers, we can vary them as a function of distance from the burn pit and they’re well characterized which is a critical component of toxicology,” Nurkiewicz said.

Next the team will run similar blood tests on a large group of veterans diagnosed with chronic multi-symptom illness from the Minneapolis Veterans Affairs Health Care System.

The study of the biomarkers could lead to a blood test to diagnose CMI, which is difficult to diagnose because of its wide-ranging symptoms: pain, pulmonary and cardiovascular disease, behavioral changes, diminished energy and impaired immune function.